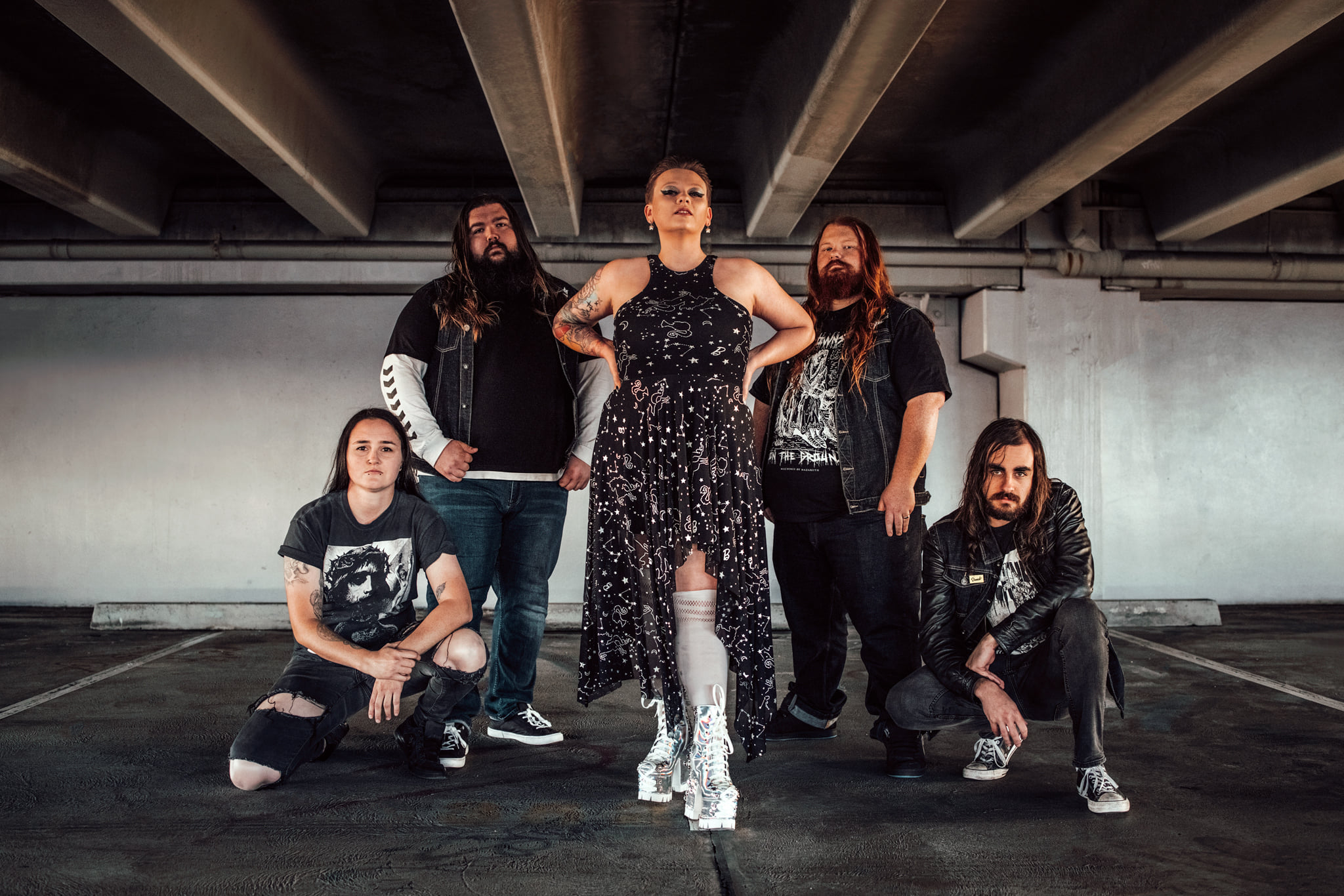 West Australian based Female Fronted Melodic Metal band Icarus Lives had a huge 2018, opening for heavy metal royalty “PAIN” and hitting the road in Japan with The Agonist and Cellar Darling.

2019 saw the band dominate Australian audiences, returning to Sydney, a strong introduction to Melbourne, with crowds yearning for more.

The band consists of vocalist Aria Scarlett, twin lead guitar attack of Cameron Michael & Cohen Dennis and the thundering rhythm section of bass player Chris Ayling & drummer Naomi Treacy. Renowned for their no BS approach to their live show, you can always expect to see some pure craftsmanship in their on stage presence, once described as “Masters of Metal” upon their live release of their debut album “Vantablack” and more recently as “A band that’s been getting better and better every time I see them is Icarus Lives. The young quintet kept the party going with their own brand of heavy music” – Gareth Williams, Wall Of Sound.

Icarus Lives’ debut full length album “Vantablack” and single “Collision of Counterparts” are available at all good online retailers and outlets. The band aim to push overseas markets in the future, including Asia, Europe & the USA whilst continuing to strengthen their Australian and overseas following.

Icarus Lives charged into 2021 with the release of their rendition of “Holding Out for a Hero”, originally performed by Bonnie Tyler, and have received many praises, both internationally and on their home turf. Stormrider 2021 saw the band debut their brand new vocalist, Aria Scarlett who gained recognition for “her haunting delivery giving way to stratospheric falsettos” (Gareth Williams ‘Wall of Sound’). These vocals are highly anticipated on the new EP, due for release in the near future.

Icarus Lives are proving to everyone that they are not slowing down anytime soon.

Icarus Lives use and endorse Fishsticks Drumsticks and Machines of Nazareth.